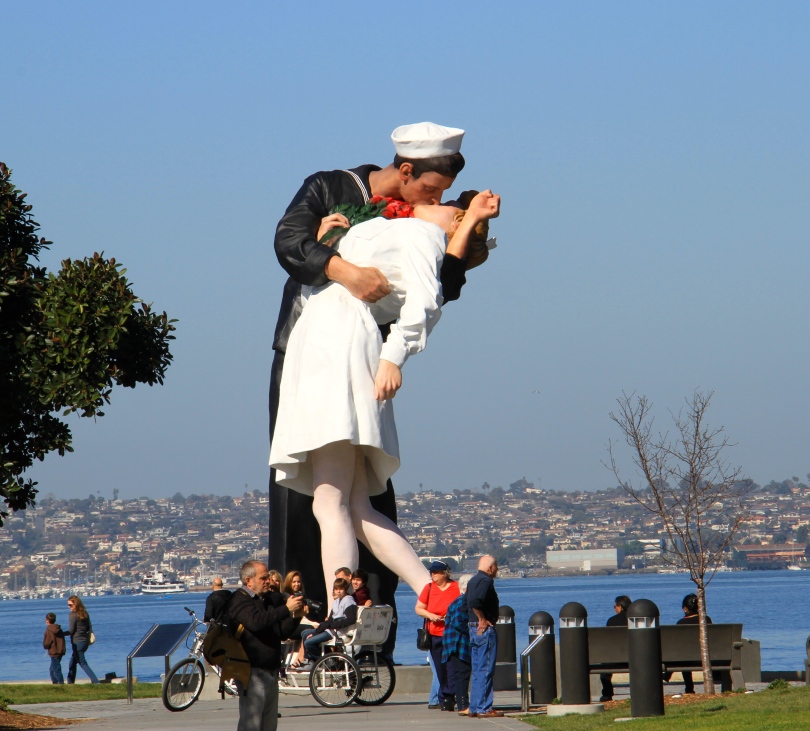 San Diego has a new couple on the waterfront.  This solid bronze, 25-foot sculpture was installed near the USS MIDWAY aircraft carrier museum in an area known as Tuna Harbor Park on San Diego Bay.  Using the famous V-J day in Times Square photograph by Alfred Eisenstaedt as inspiration, the Seward Johnson sculpture is not without a bit of controversy.  Actually, this photo would have been a great entry in a recent Weekly Photo Challenge: Kiss.   Read on to discover more.

The first Unconditional Surrender statue was erected in Sarasota, FL in 2005 and was made from styrofoam and installed on the bay front as part of a temporary exhibit.  One thing led to the next and it ended up sticking around for awhile and was replaced by an aluminum copy.  A car crash in 2012 damaged the sculpture by knocking a 3-foot hole in the sailor’s shoe.  Evidently, debate continues in Florida as to whether or not it will be replaced and where it should go to avoid becoming a road hazard.

Meanwhile in San Diego a second exhibit was temporarily installed in 2007.  An art critic at the San Diego Union Tribune compared the statue to something that  belonged in a theme park but if you’ve ever actually read the Union Tribune you realize that it may not be one of the most respected authorities on art, theme park or no.  In 2012 the San Diego Unified Port District went ahead and voted to purchase a permanent bronze replacement for the temporary piece of “theme park art” which led to the indignant resignation of three board members.  Despite the controversy, the Midway Museum (which is kind of like a military theme park in a neat, patriotic way) contributed greatly to the funding of the statue and it arrived at its new home on February 11 this year and was bolted into place a few days later.

On a walk around the sculpture today on a beautiful Sunday morning there were plenty of people taking pictures and couples mimicking the famous pose, perhaps unaware that they were furthering “something from a cheap souvenir factor, blown up beyond any reason” as the Union Tribune described it.

Poor San Diego.  Go see the statue yourself and make your own judgement.  It’s located just south of the USS MIDWAY on a little spot of land adjacent to the Bob Hope memorial at the G Street Mole Pier. 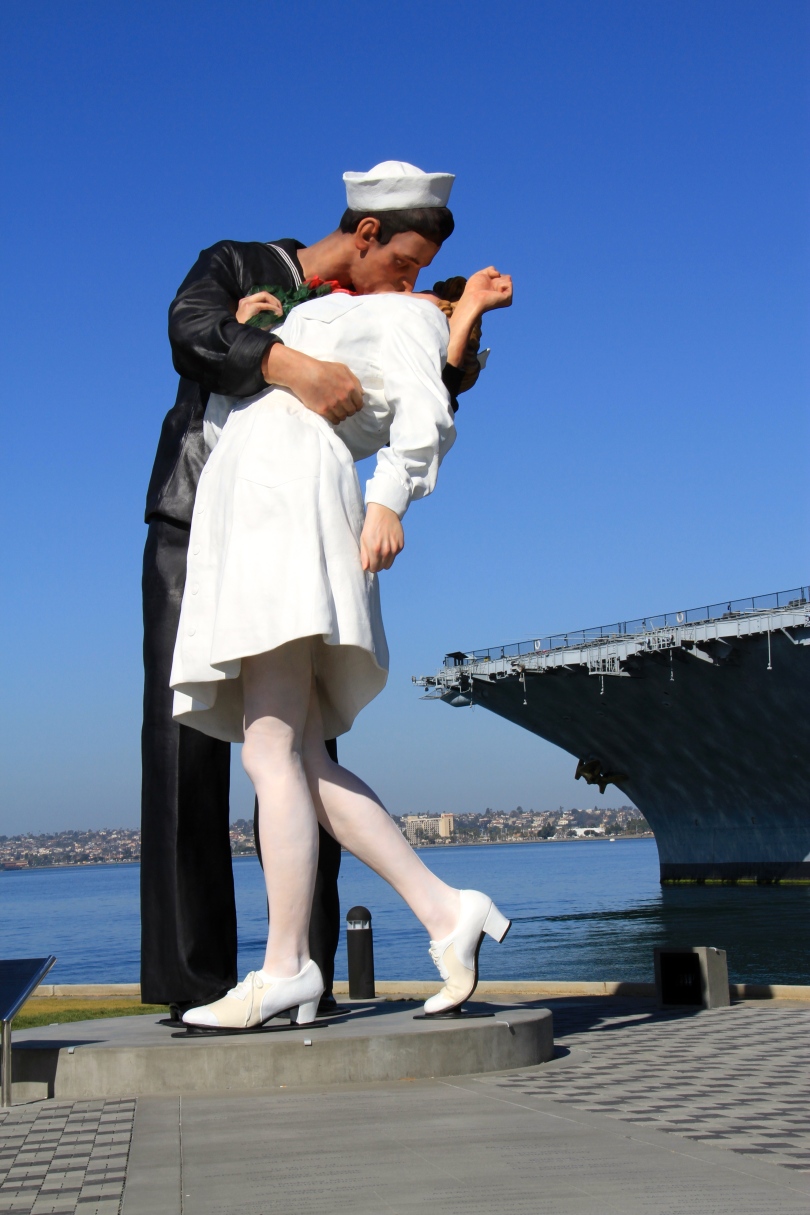