So it’s been raining in Southern California.  Maybe you heard about it.  Rain in Southern California is sort of a rare thing, particularly in the past several years.  But not this year.  During the latest rainstorm over the past weekend Kongo measured 7 inches in his Home Depot bucket in the back yard, a fairly accurate rain gauge by any standard.  That’s like almost a whole year’s worth of rain in a single weekend.  And that was just one of the storms that have washed over the area since the beginning of year courtesy of the “Pineapple Express” or what meteorologists have taken to calling an atmospheric river. 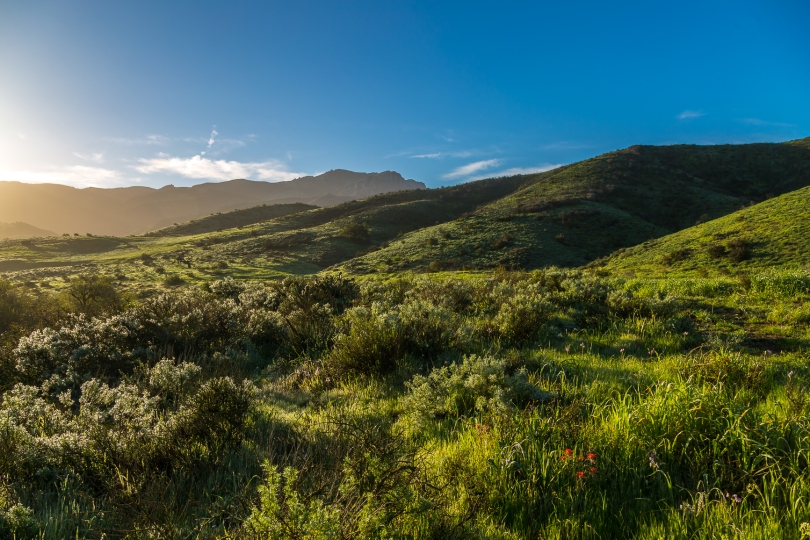 So the really cool thing about all this rain is that California is GREEN.  Like in Ireland green.  This morning dawned clear and crisp and after being cooped up for several days with a bunch of guys remodeling a bathroom (Mrs. Kongo’s latest project), the monkey headed out to see some green in the nearby hills.

The monkey lives in a little niche of the Santa Monica mountains at the western, upper end of what locals call Conejo Valley about 45 minutes from LAX.  The area is famous for its breezy days where thermals from the mountains roll down into the valley and it also gets more rain than other parts of the area. It’s a virtual little micro climate.  The rains this year have made the hills greener than anytime the monkey can remember.  Certainly greener than anytime is the long, biblical drought that state has been suffering through.  It’s like flying into Ireland’s Shannon airport and this is getting the monkey psyched up to whip up a batch of Irish Coffees.

There has been so much rain recently that trees are starting to come down.  A birch tree at the end of the block keeled over Friday evening.  A main road nearby was closed for several hours Saturday when a giant oak toppled across the roadway.  The drought has caused many trees to develop shallower root systems and when the soil became saturated with all the rain and the winds starting howling, the trees started crashing.  Kongo read that more than 100 major trees were down in the area.  This is a bit sad because this area, known as Thousand Oaks, has a thing about it’s oak trees.  If one is growing in your yard you are not allowed to even trim it without an arborist inspection and official permission.  Oak tree preservation is covered in our HOA documents.  One poor guy recently had his oak tree fall over and damaged his house and fence.  The city told him he had to plant another.  This is the kind of story that makes the front page of the local weekly paper that they leave on your driveway called, appropriately, The Acorn.  They take trees seriously here which is why Kongo included the picture above which shows an oak tree leaning a bit precariously. 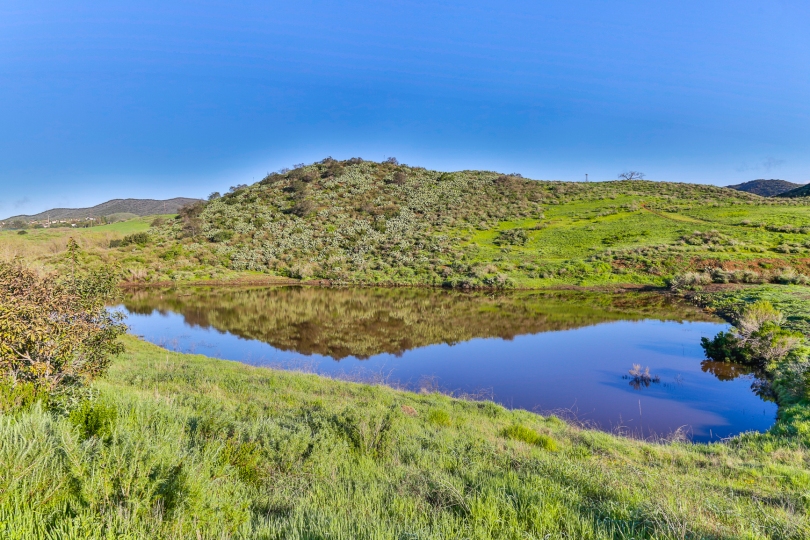 This little pond near Kongo’s house is normally dry.  In fact, the monkey didn’t even know it was a pond at all until the rains came.

A few years ago a major fire swept through the area.  In the picture above new growth is shown pushing up around the burnt trees from a few years ago. 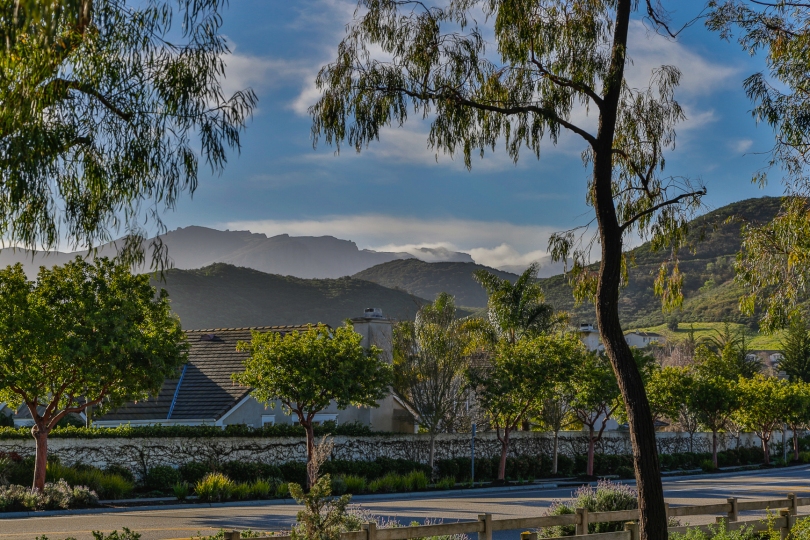 In a few months it will all be brown again but in the meantime it is beautiful to look at all these green hills.  Kongo’s Kangaroo Paw plants are even starting to sprout. 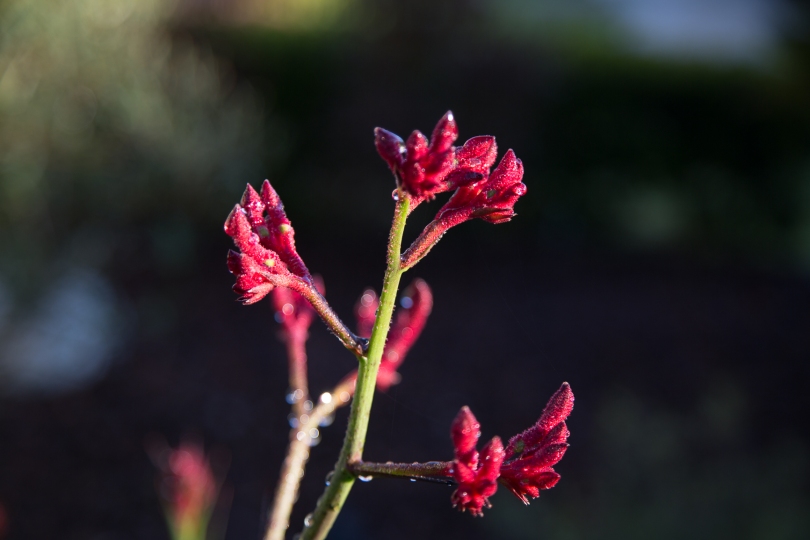 If you’re traveling to Southern California in the next week or so be sure to get off the freeway and see the green.  Really. 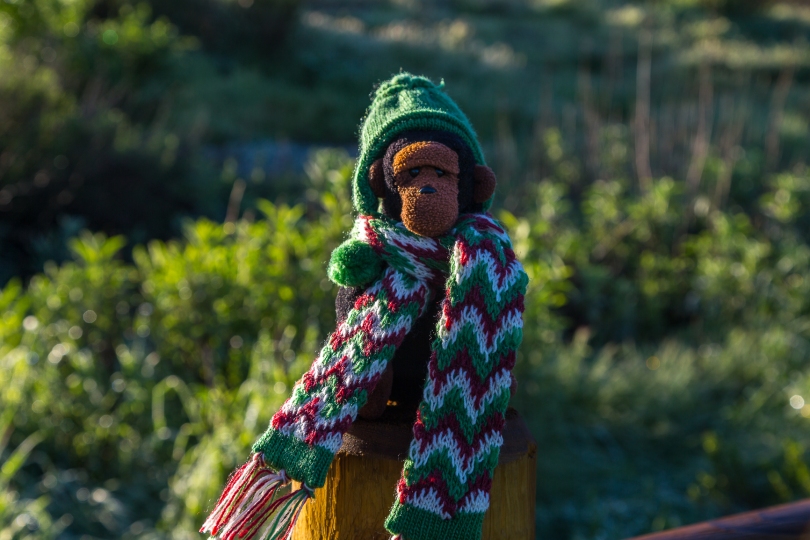