This week Kongo marched to the sea.  Literally.  From his house to the ocean is an 8-mile trek through Point Mugu State Park in the Santa Monica mountains.  Now maybe “march to the sea” is a too exuberant an expression.  This isn’t much like General Sherman’s historic March to the Sea from Atlanta to Savannah during the Civil War.  This hike is almost exclusively downhill, which is pretty cool for old monkeys.  It’s still a good hike and not nearly as destructive or controversial as the burning of a 60-mile wide swath through the heart of Georgia.

The route passes through the Satwiwa cultural center under Mt. Boney and then heads down the Sycamore Canyon trail all the way to Point Mugu Beach on the Pacific Ocean.  There are signs along the way to keep you motivated to keep going and mark the distance to connecting trails through the Santa Monica mountains.

Kongo hiked with his youngest son who was visiting for a few weeks over the holidays from the East Coast.  He lives in Florida and there aren’t any mountains like this in Florida.  Just about the highest thing in that state is a freeway overpass.  He’s an enthusiastic hiker when he visits us in California. 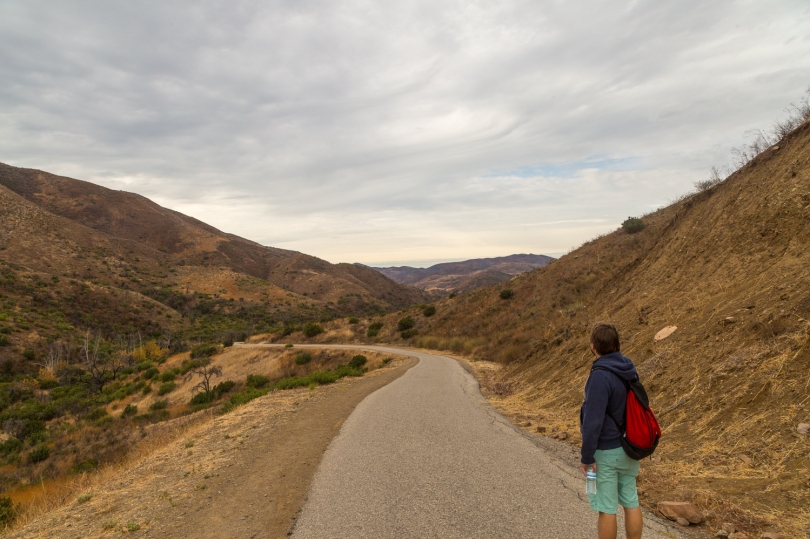 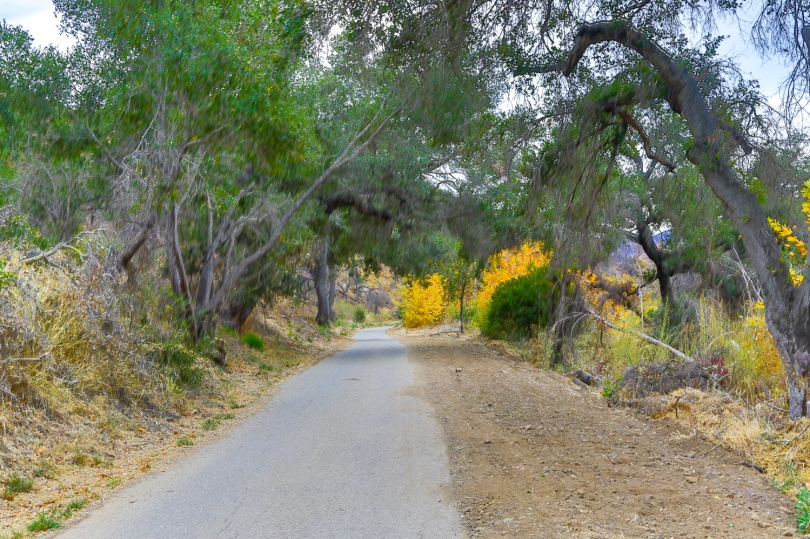 It was a cool day in early January.  Temperatures were in the high 60s and an overcast sky kept the hot sun at bay.  Kongo thought he might try this hike last summer when the temperature was in triple digits.  In retrospect he’s glad he didn’t. 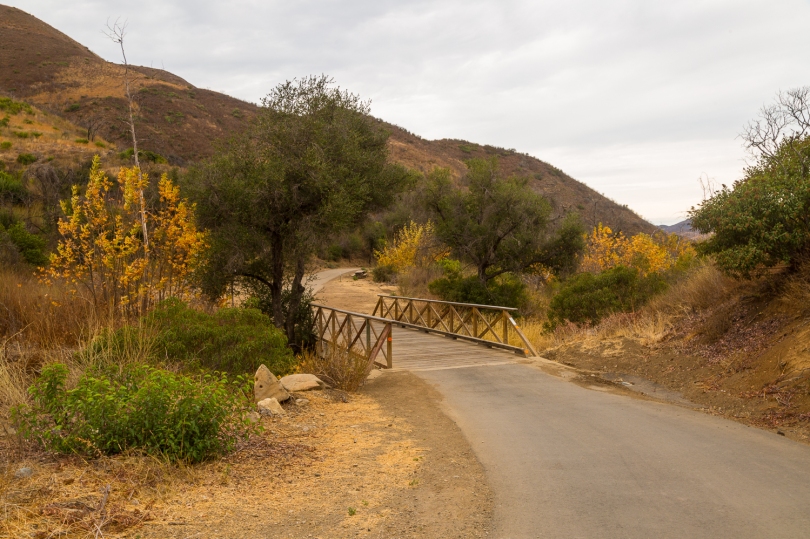 The rains haven’t come to California yet this year so the hillsides are a lovely golden brown with green accents along the washes.  Sycamore trees still have their fall leaves although they’re dropping quickly.  It’s a pleasant landscape to pass through.

The trail is really a  fire road.  For the first three miles it is paved and then becomes a well maintained dirt road that takes you down to the sea.  Along the way there are picnic tables for resting, clean porta-potties near the trail, and enough fallen trees to stop for a break once in a while. 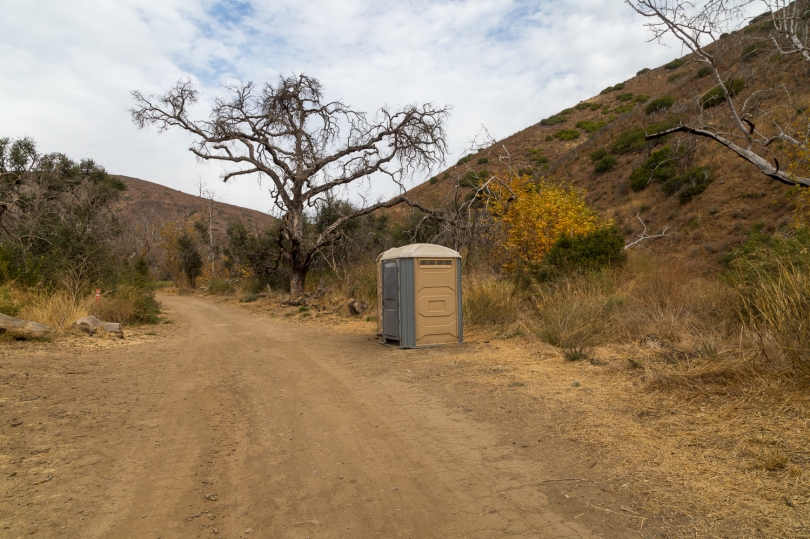 We passed other hikers, bicyclists, and horseback riders.  While it’s a steep uphill near the end of the trail if you’re coming from the ocean, going the other way is a piece of cake.

At the three-mile point the pavement ends.  There in the middle of nowhere is this nice home where park rangers reside.  What a cool place to live even if it is a bit remote.  Lots of peace and quiet! 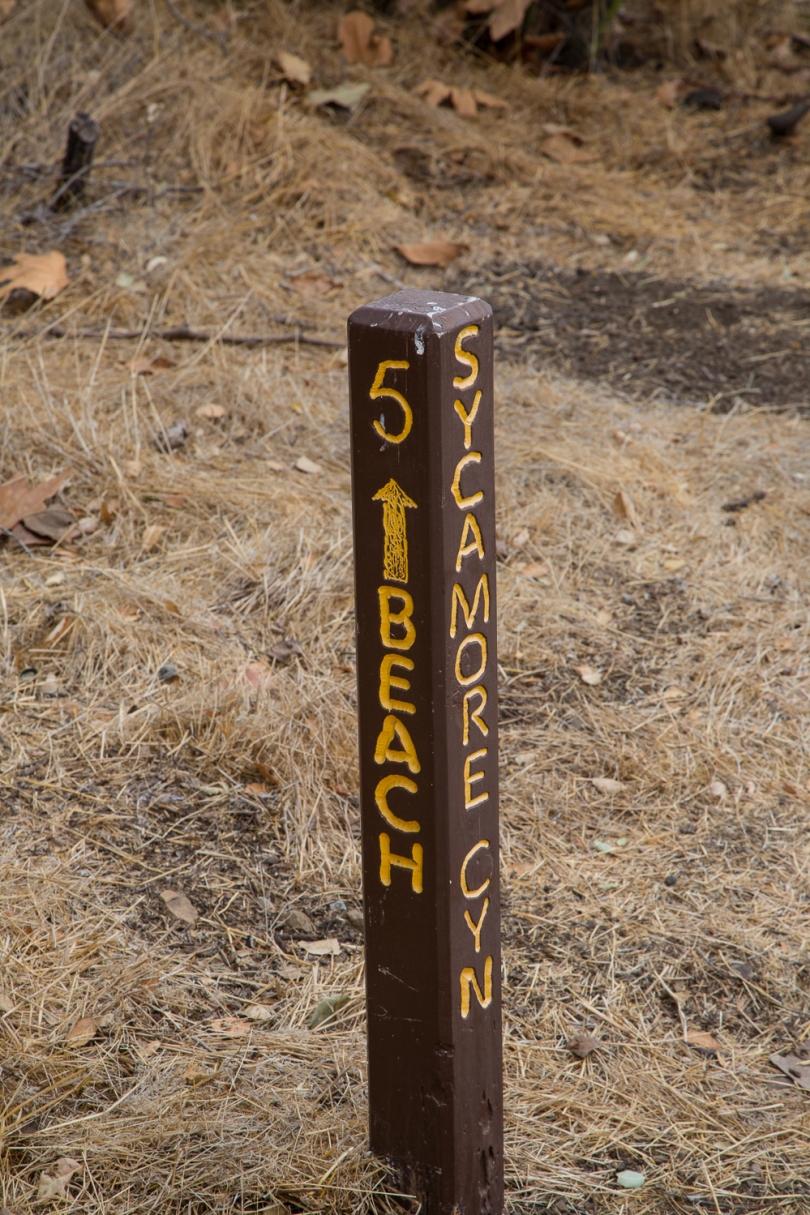 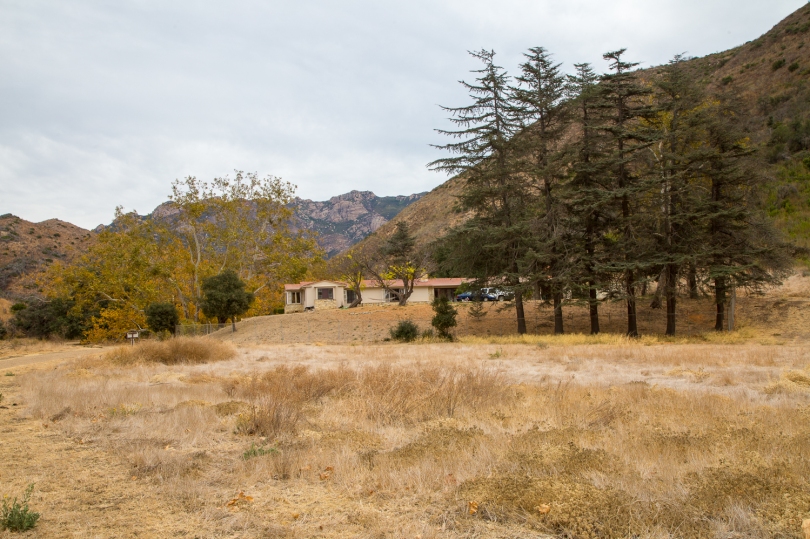 After about three hours we made it to the Sycamore Canyon Campground at the end of the trail.  At this point, a lot of really crazy hikers and bikers turn around and head back to Newbury Park and Satwiwa.  Heading in that direction is not going to give you any breaks, particularly the last third of the way, which is a pretty steep incline.  Kongo had arranged for Mrs. Kongo to drive around and pick him up at the ocean.  And if you’re doing this for the first time, the monkey recommends that you do the same. 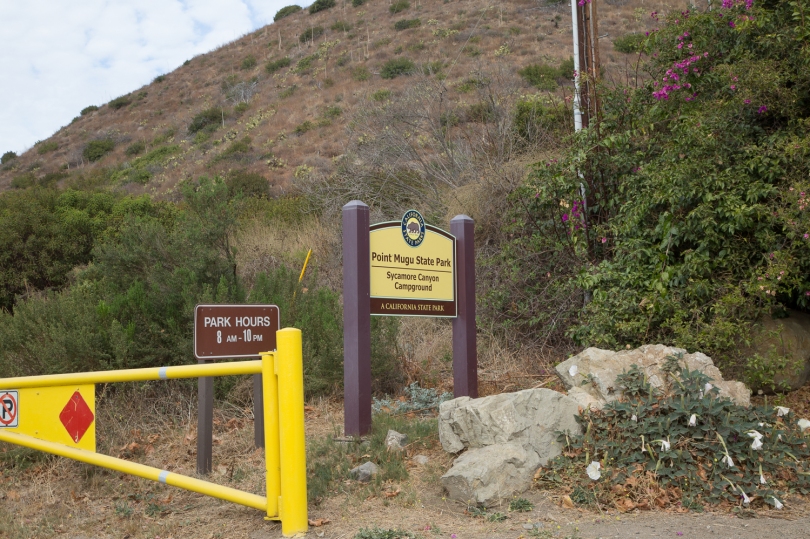 This is a great hike.  If you’re in Southern California start at the Visitor Center parking for Satwiwa.  If you don’t have someone like Mrs. Kongo to come pick you up, you should hike with someone else and leave a second car at the end of the trail at Point Mugu beach  on the Pacific Coast Highway  so you can make it back easily.  It’s about a 20-minute drive around the long way via the PCH and Las Posas Road to Portrero/Lynn Road from the beach back to the Visitor Center.  Check it out here:  https://www.tripadvisor.com/Attraction_Review-g32776-d2626754-Reviews-Big_Sycamore_Canyon_Hike-Newbury_Park_California.html