Traveling west from the Sahara dunes at Erg Chebbi, we drove along “The Road of a Thousand Kasbahs.”  A “kasbah” is the Moroccan version of a medieval castle keep in Europe — a large walled structure that provides protection to those that live around it. There are lots of kasbahs in Morocco, especially in the desert waste areas between the High Atlas Mountains and the sandy stretches to the east that form the true Sahara.

Over time, the Kasbah became a style of architecture, like the one in the photo above which sits on the outskirts of a Berber village and oasis.

The road here follows the Todra River which waters the many small oasis villages as it flows out of the High Atlas Mountains and to then eventually lose itself in the sand.  The river eventually cuts a narrow gorge through the limestone cliffs and the mountains close in on you.  It’s easy to imagine slipping back in time a few hundred years to when caravans coming out of the desert wound their way along the river, taking advantage of the water.

After traveling up the road for several miles, we all got out of the van and began hiking.  That’s the best way to fully appreciate the beauty of this area. 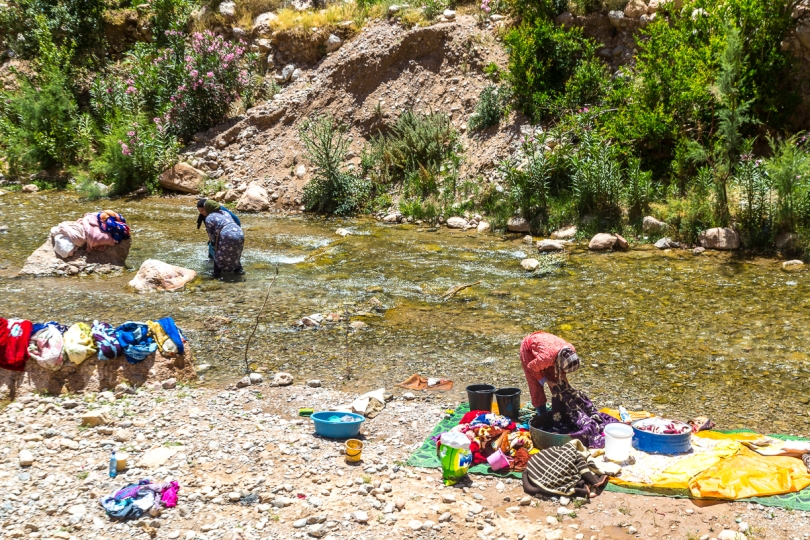 As you move between the high canyon walls there are plenty of interesting sights to see, like these Berber women doing laundry in the crystal clear water of the river. 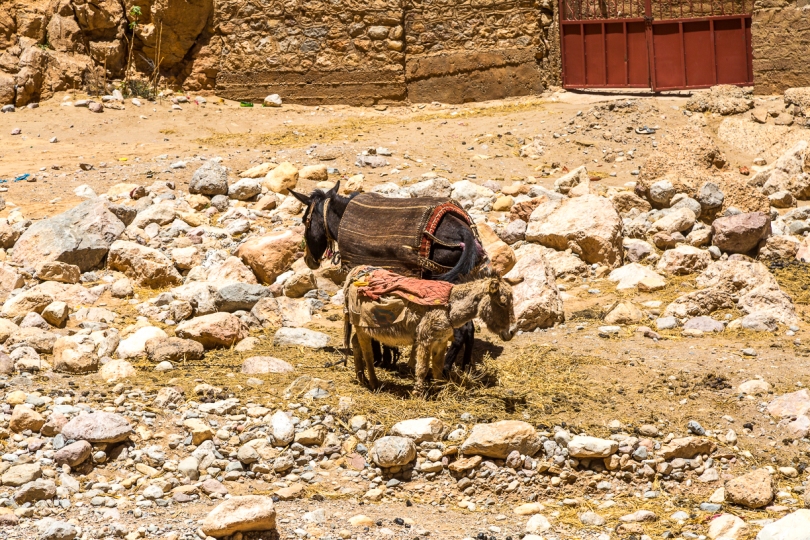 Like pretty much everywhere in the Moroccan countryside where there is a view there is someone to try to sell you something. The venders seem to pop up from the very rocks you’re standing on and have an uncanny knack for picking out your language in the first or second try. French or English. 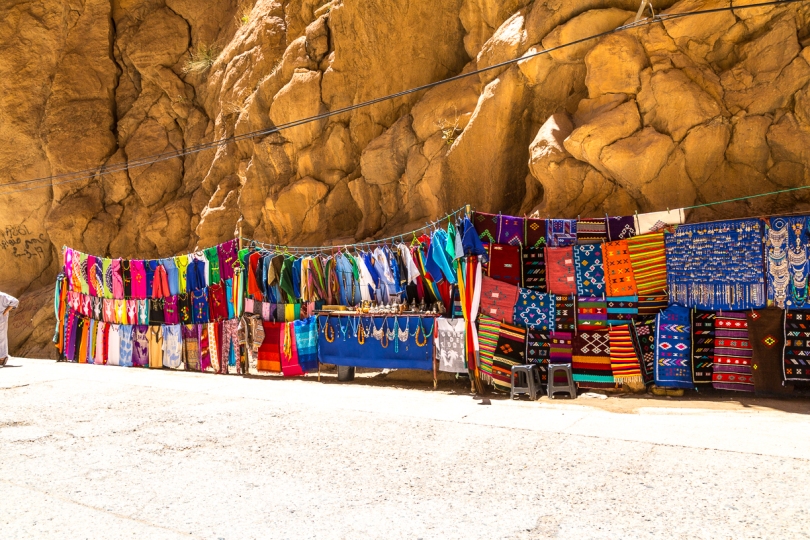 The gorge is a destination spot for serious rock climbers and Kongo came across this German guy scaling the cliffs above the river.

We had a quick picnic in the gorge.  Good friend Betty, our tour organizer and leader, who is normally quite discerning in her food choices (I’ve walked out of more restaurants in Paris with Betty than you can count — all because she didn’t like the look of the bread on the table) but today she settles for a potato chip sandwich.  I mean, seriously?  Betty likes texture in her food. 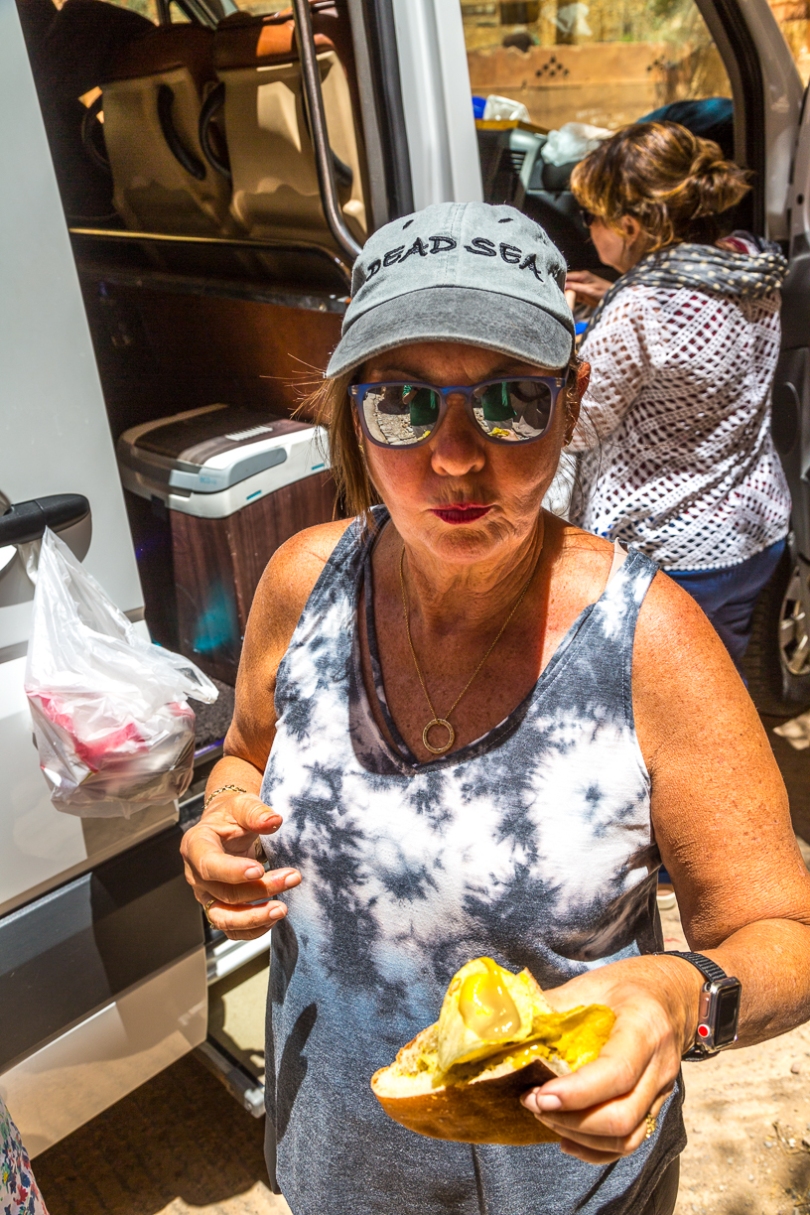 After awhile, a young Berber woman wandered over and perched on a rock nearby. Initially shy, Kongo finally persuades her to allow her picture to be taken.  Berbers are reticent about cameras.  Something about stealing part of their essence in a photo. Most times when you lift a lens in their direction they will vigorously wave you off.  Kongo gets that.  But he smiled his best simian smile, suggested that there might be a modeling fee forthcoming, and she relented. 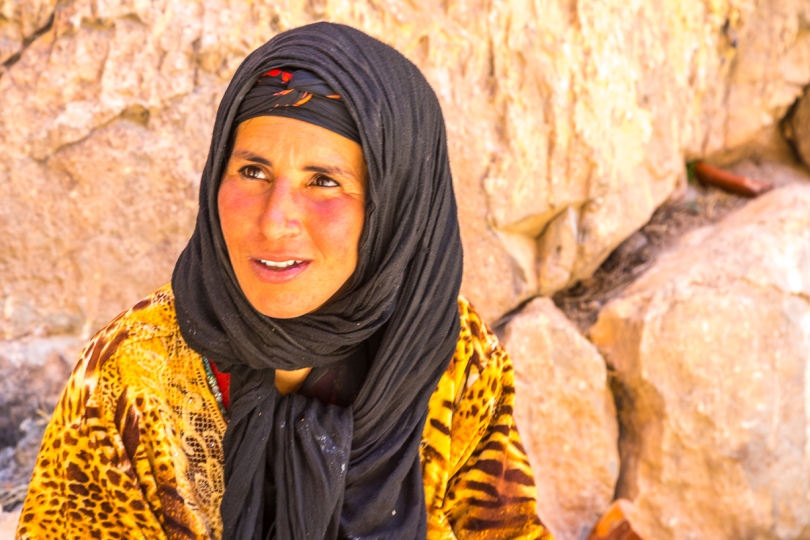 Even so, she wouldn’t look directly into the camera.

Farther up the road the river disappears underground. 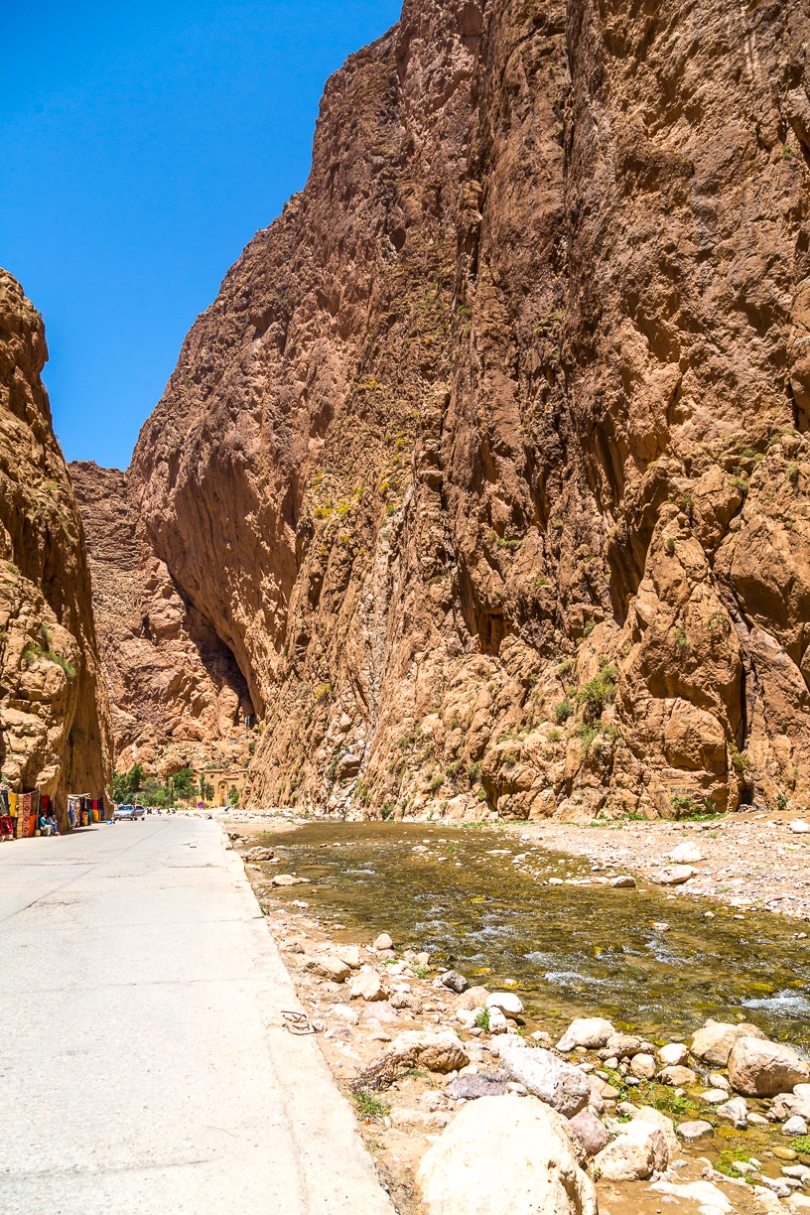 Part of the magic of this place is to be able to see how Berbers live today.  Even if they’re a little skittish about photography, their donkeys and houses don’t seem to mind.

There are actually several Todra gorges and they tend to split off to make narrow passages through the rocks.  These rocks rise over 1000 feet above the river and are fun to explore, or climb if that’s your thing.

Stay tuned to Kongo’s Moroccan adventure. There are more Kasbahs just ahead!