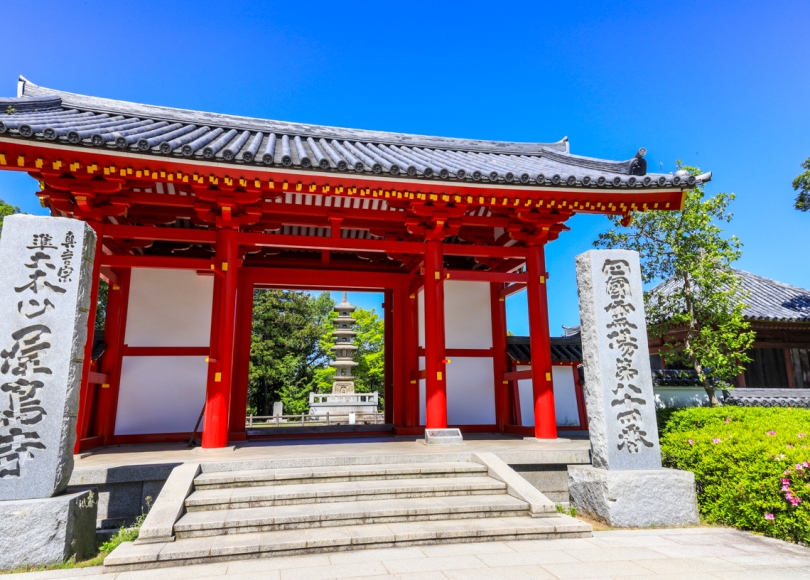 High on a plateau overlooking the modern city of Takamatsu is the ancient temple known as Yahimaji-Ji. Founded in 754 by a Chinese monk named Ganjin. The bright red Torii gate reflects the Chinese influence on this mountain-top temple. 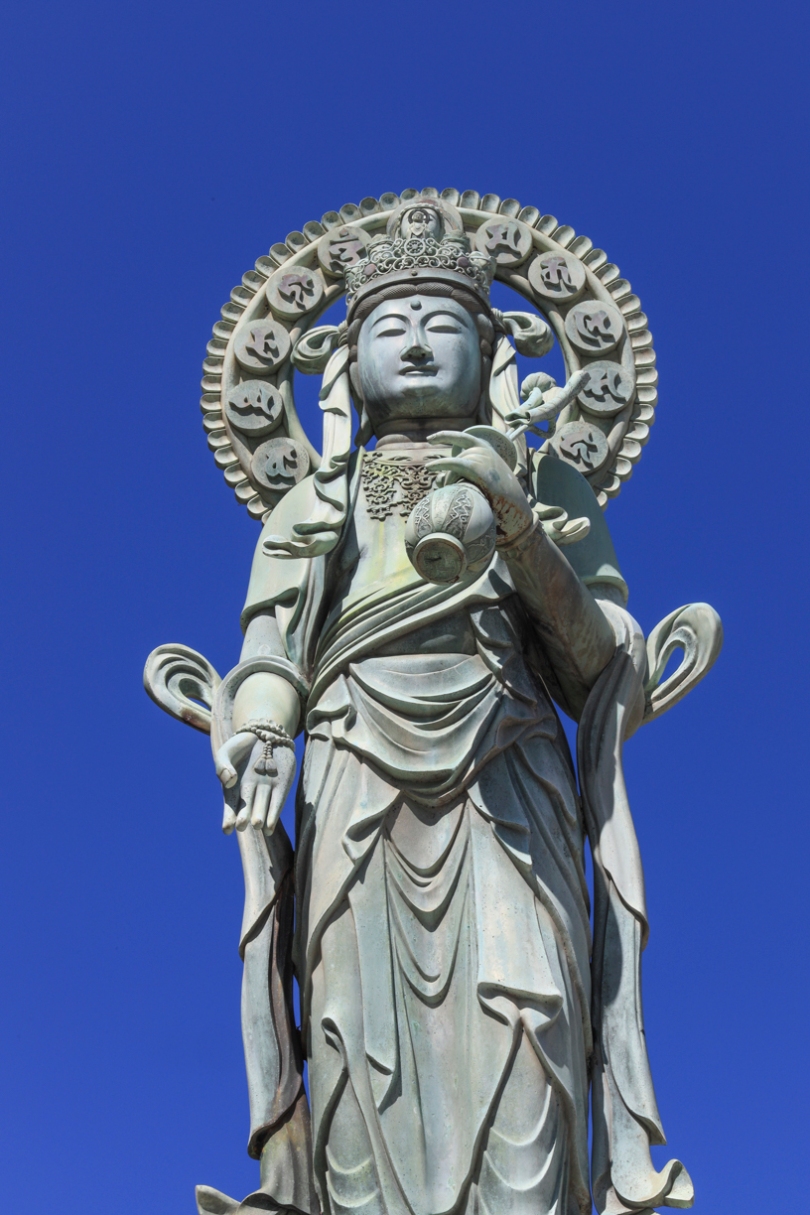 Beautiful Buddhist icons and pagodas cover the mountain. The site also offers spectacular views of the city of Takamatsu and the Inland Sea.

Legend has it that the Chinese monk who founded the temple was blind but was somehow led to this spot by a raccoon. So there are plenty of raccoon statues about to remind us of this happy hook-up so long ago. 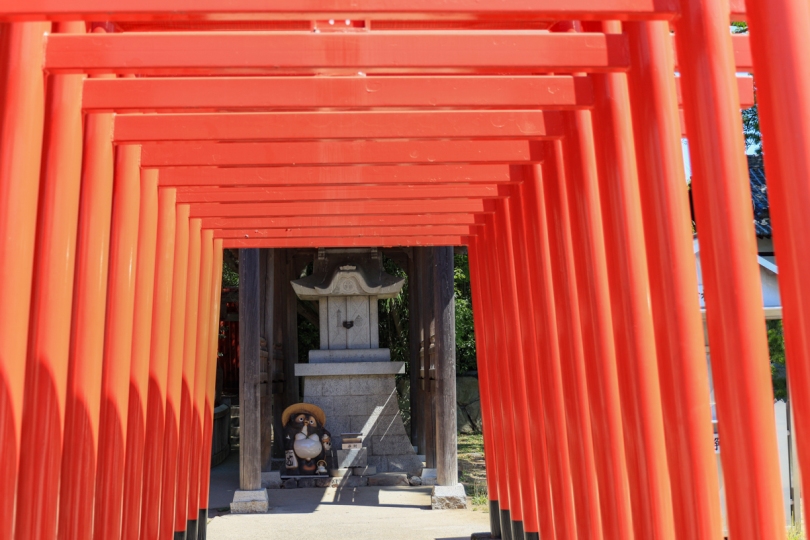 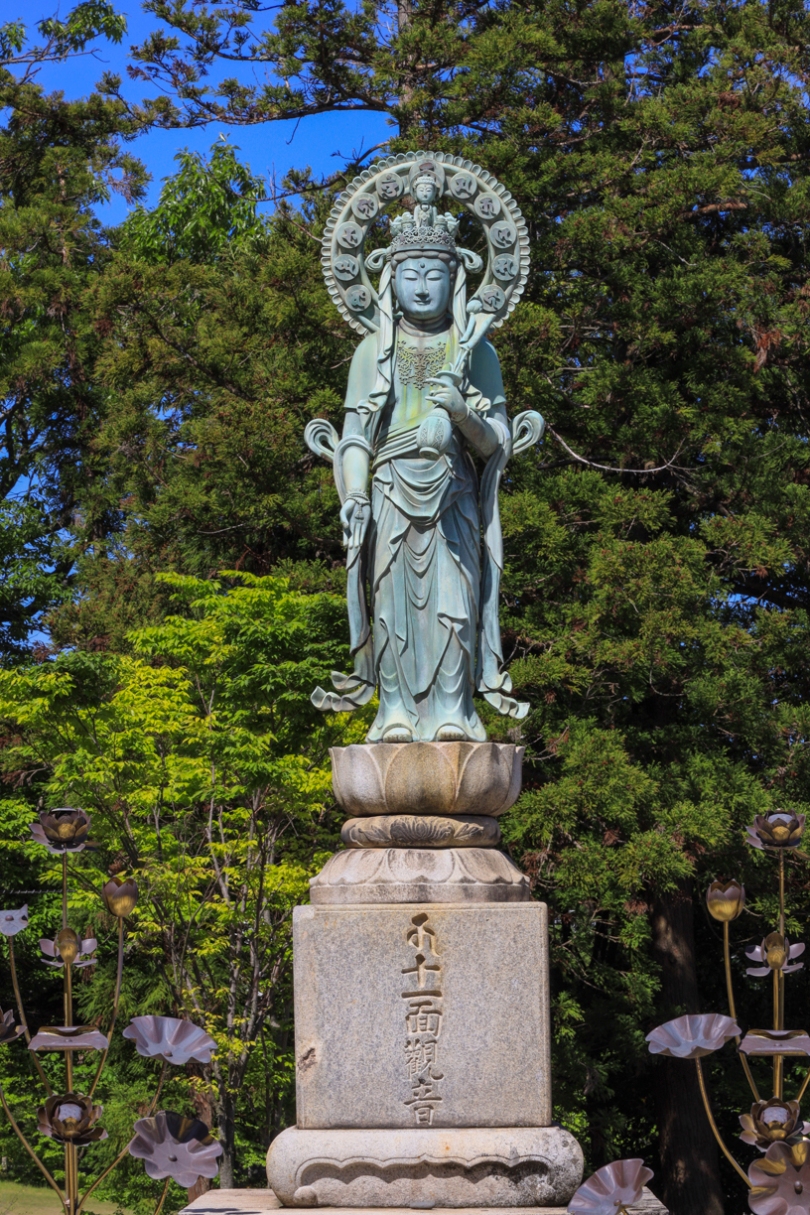 Kongo was fortunate enough to visit this beautiful site without the thousands of visitors that were mobbing all the good spots during the 10-day “Golden Week” holiday period associated with the installation of a new emperor. Everybody is back to work now so the monkey pretty much had the place to himself. 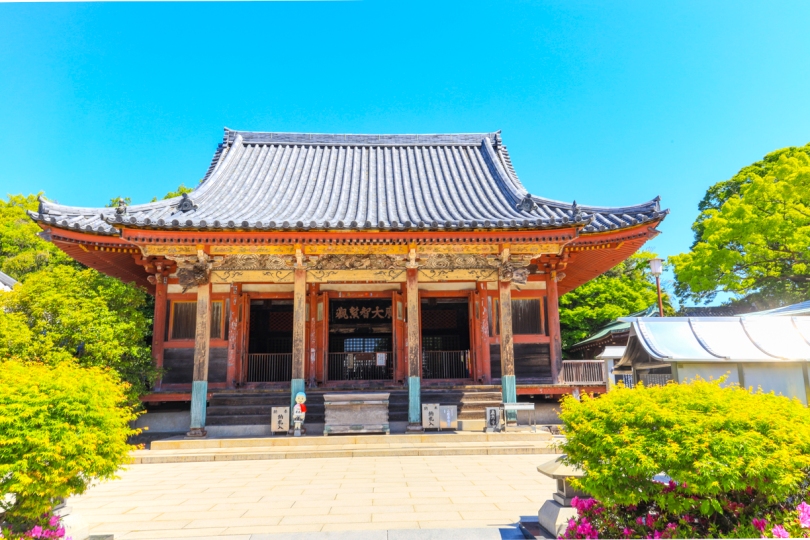 Azaleas are in full bloom here and the spring azalea season starts shortly after the cherry blossoms fall to the ground. The climate here in the south is much different than it was when Kongo started his cruise around Japan several days ago at the northern island of Hokkaido. 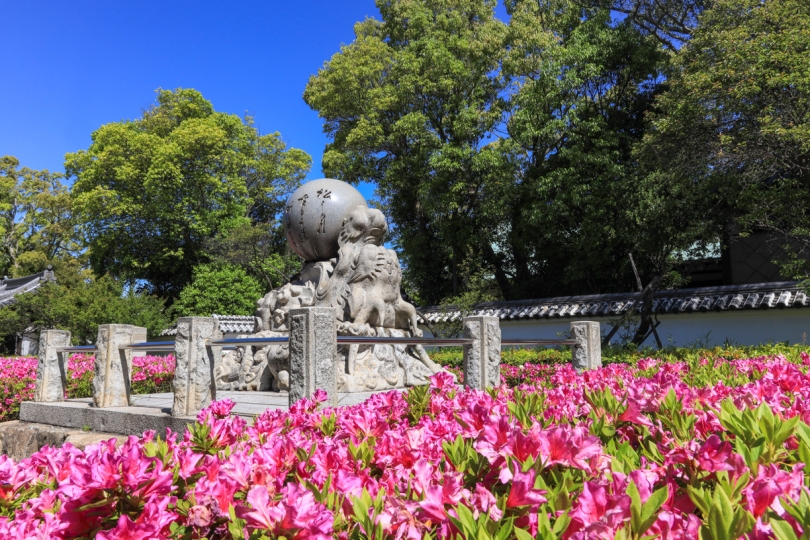 Clear skies and crisp air made for a perfect outing. 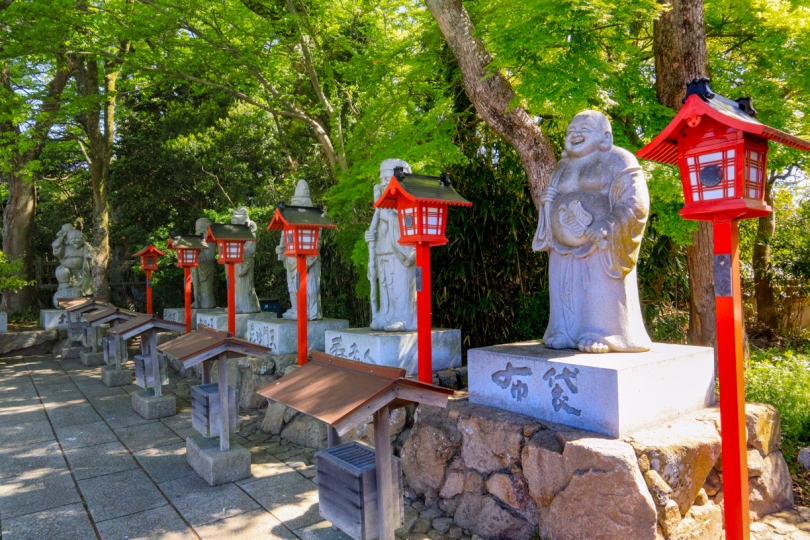 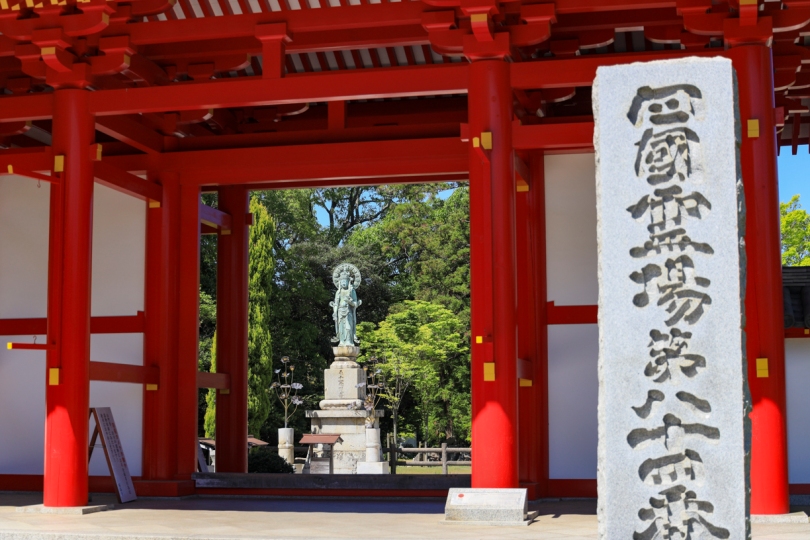