The Saint Sophia Cathedral in Kiev is one of the city’s best known landmarks.  This magnificent cathedral, a World Heritage Site, is named after the famous Hagia Sophia that was built in Constantinople in the 6th Century.  Kiev’s version was laid down in 1037 and finished twenty years later.  (Kongo visited Hagia Sophia in Istanbul in 2000)  Built in the Byzantine style the cathedral still has mosaics and frescos from the 11th Century.

Yaroslav the Wise, a major king of the Kievan Rus’ kingdom, founded Saint Sophia cathedral.  It has seen a lot in it’s nearly thousand year existence.  It’s been pillaged by conquering neighbors, almost destroyed by the Mongolian Tartars, and reworked every two or three hundred years.  Originally built in the Byzantine style, it received a Baroque facelift in the mid-1600s.  After the Russian revolution in 1917 the communists planned to destroy the cathedral and remake the area into a park honoring Red Army victories in the Russian Civil War.  It was saved but nearby Saint Michael’s Golden-Domed Cathedral was not so lucky as it was razed (see a related post).

Today the complex is a museum dedicated to the history of Christianity. 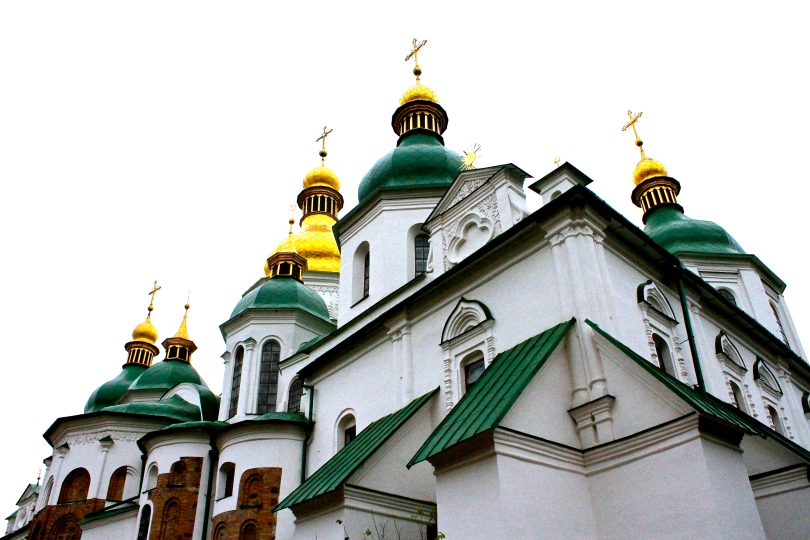