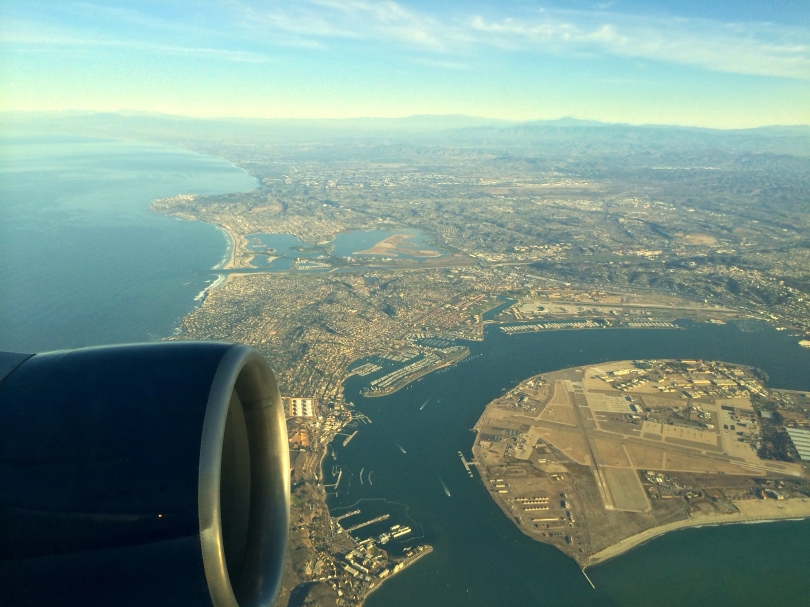 Kongo leaves America’s finest city yesterday morning under crystal clear skies and warm temperatures.  Mrs.Kongo reports it was 80-something at the tree house yesterday when she came back from the gym.  But now Kongo is headed east into the jaws of yet another POLAR VORTEX on the East Coast.  What was he thinking?  The trip was not without adventure.

Kongo’s morning airport routine is to breeze through the TSA Pre √ security line and grab a coffee and oatmeal at Delta’s Sky Club while perusing email and then meander on down to the gate for boarding.  The monkey was aghast to discover that he’d left his laptop charger on his desk at home and that the computer was only charged to 42%!  You can’t head out for a week’s business trip like this.  Frantic calls to Mrs. Kongo helped him locate an Apple Store on the way from PHL to his hotel but Kongo remembered the i-Travel store at Gate B17 at ATL and was able to correct his senior monkey moment at a mere $98 cost.  Let that be a lesson learned! 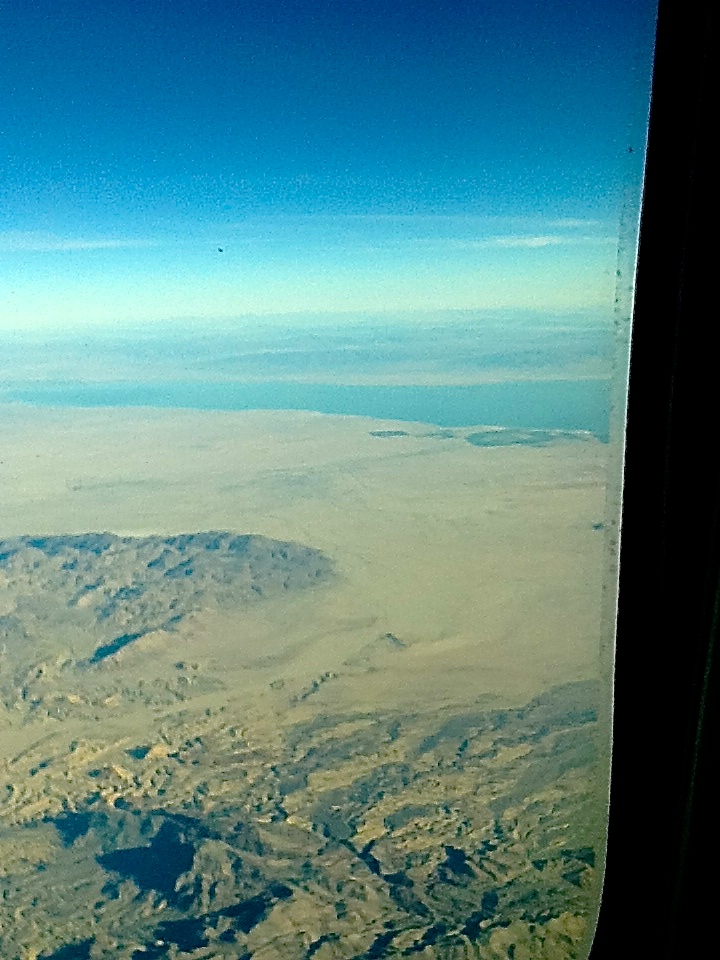 Shortly after takeoff Kongo was once again at the Salton Sea!  (see the post from yesterday)  He had spent Sunday driving around this interesting lake hunting for birds.  From the air he could pick out all the spots he’s stopped at to take pictures the day before.  Kind of cool.  Then the guy next to him asked where the monkey was off to and when he replied that he was on the way to Philadelphia the man just shook his head and said, “Trying to get ahead of the storm, huh?”

“Huh?”  Storm?  What storm?  After his POLAR VORTEX week in early January Kongo had had enough winter weather to last for the rest of the season.  Apparently fate had other ideas.  Sure enough, after using his dwindling laptop battery power to Google Philadelphia weather he learns that there is a BIG storm aimed directly at the East Coast with a bullseye centered on Kongo’s hotel in Mt. Laurel, New Jersey.  Sheesh.

San Diego has a problem with the rest of the country’s weather.  As in, monkeys who live here don’t think much about it.  Since every day is just about perfect weather-wise, we tend to forget that there is a real world out there where the median temperature is not 72 degrees at the airport.  Even an experienced traveling monkey like Kongo gets sucked into the fair weather vortex (not sure this is a real weather phenomena) and this is what happened this weekend.  This is particularly disturbing since the monkey was on the East Coast last week and should have picked up on this storm because people who live on the East Coast really only talk about two things this time of year:  weather and where they’re going on vacation

In any event, Kongo now finds himself bracing for another Weather Channel special.  He also realizes that he forgot his monkey gloves along with the laptop battery charger. So Kongo wakes up hopeful and optimistic this morning that maybe the storm won’t happen.  Like what does the Weather Channel really know, anyway?  I mean didn’t Dish Network just cut them from their channel lineup?  Maybe they’re not so good after all.  But when the monkey checked his local weather on his phone (Mrs. Kongo swears by these predictions) he saw all the snowflakes and when he looked out the window and then spied, carefully squinting, little flaky things moving against the background of the big bright parking lot light.  Hmmm.  Once again hope proved to be not such a good strategy.  A Google search revealed that they are actually WARNING all monkey troops about this storm.  The hotel had slipped a note under the door urging Kongo to register with the front desk and list his car make and model in case it gets buried under a snow drift or something and has to be moved.  Seriously?

Never fear.  Kongo may not have gloves but he does have a brand new laptop charger and he has his ever handy Pocket Monkey tool.  What could go wrong?

So if the car doesn’t get buried in a snow drift and have to be “moved” and the power stays on, Kongo will hopefully (there he goes again…hoping) update his gentle readers on the latest weather adventure as it unfolds today.

UPDATE:  Bob, Kongo’s ever vigilant HR VP, has noticed that a storm is coming too and sent out a company-wide email advising all the monkeys to “use their own discretion” about leaving early for the storm.  Kongo isn’t a mind reader but suspects that the office is going to be pretty empty by noon.  All the men will want to go home and do manly things like rev up their new snow blowers they got for Christmas and go clear the world.  Why am I here?