Along the lower West Side of Manhattan near the new World Trade Center is the neighborhood of Battery Park City.  This is the newest part of ever-changing NYC and is about 90 acres of reclaimed land from the remains of the building destroyed on September 11 as well as land dredged from near Staten Island. 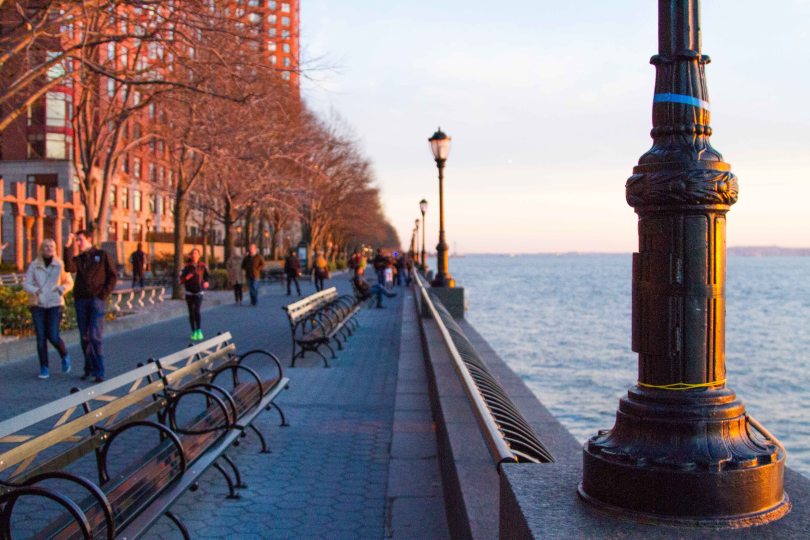 Battery Park has an Esplanade that runs along the Hudson River with spectacular views of Newark (which often looks a lot better from a distance than up close), Liberty Island, the Statue of Liberty, and Ellis Island.  This is a very urban neighborhood with a feel like home. Town homes and apartments fill the area and mostly families live here.  Young families.  Mothers walk dogs and strollers, children play in a variety of parks, and everything is clean and new and joggers trot along the miles of paths next to the river. 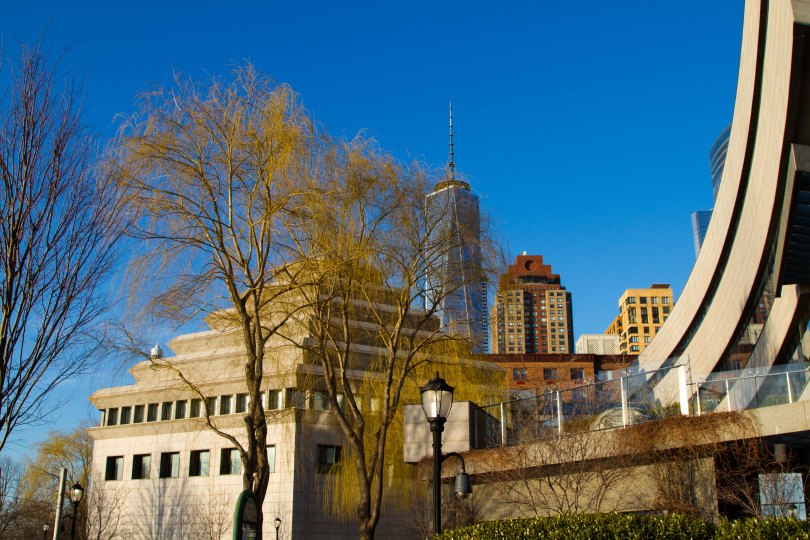 Construction of the neighborhood began in the 1980s and the area has been taking shape ever since.  The attacks on September 11 had a significant impact on the residents of Battery Park City.  In many cases, large areas were actually crime scenes  and thousands of people were forced from their homes, sometimes for months, while investigations and cleanup operations took place.  About 14,000 residents live in the area today. 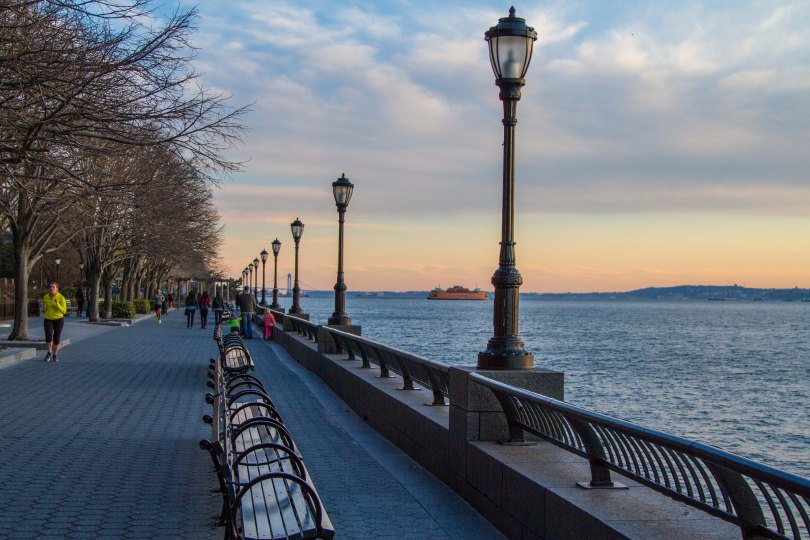 It’s easy to get to Battery Park City.  If you’re in lower Manhattan just walk west and cross the West Side Highway and you’re there.  Take a walk along the Esplanade for some great photo opportunities and enjoy some of the many restaurants in the area.