So, what’s a monkey to do when you get to the world’s busiest airport and realize you have four hours until your next flight?  Actually, there is scads of interesting things to do at ATL and Kongo always enjoys his layovers there.

Culture.  There is a brand new exhibit at ATL in the underground walkway between B and C terminals called “A Walk Through Atlanta History” which is a great way to kill an hour by looking at all the beautiful 3-D graphics and information about Atlanta from early American inhabitants through Antebellum times, the Civil War, and the rebuilding of Atlanta up to the modern era.  If you’ve got time between flights take the walk instead of the train and learn something cool about the places you pass through. 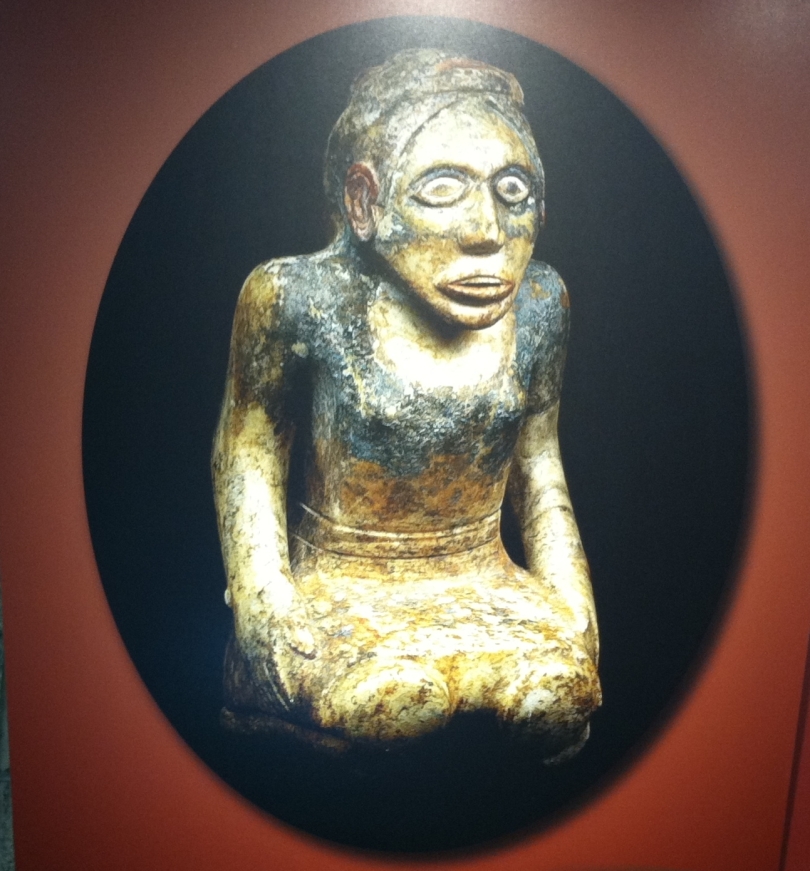 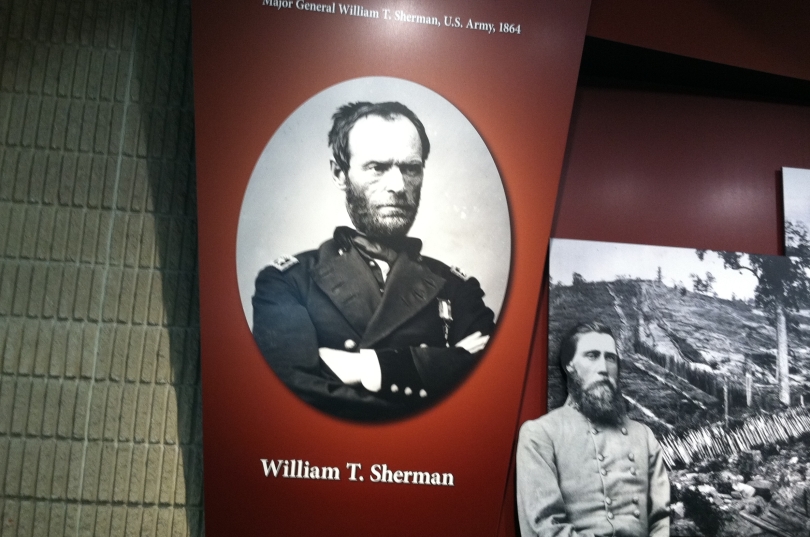 Eats.  Besides culture, the B Terminal is Kongo’s favorite place to grab a bite to eat between flights.  His preferred spot is Popeye’s because all the girls working behind the counter always say “baby” when they talk to you!  Southern hospitality. 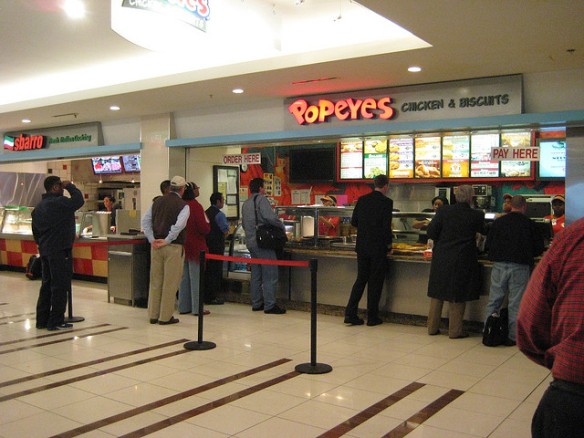 People Watching.   Atlanta-Hartsfield is always a great place for people watching.  Today all the women seem to be wearing boots except for a group of middle school girls wearing fuzzing flip-flops.  Big boots, medium boots, ankle boots.  Black boots, brown boots, gray boots, Uggs, Boots everywhere.  Well, it is January after all.  There was one middle-aged man in pajama bottoms (not kidding about this) with a Broncos sweat shirt talking loudly on his cell phone about a roof renovation.  A computer bag tumbling end over end on the up escalator being chased by a middle-aged women with red and blue hair and (of course) boots!  At Reagan-National (DCA) on the way to Atlanta this morning Kongo spied Jesse Jackson in a Herman Cain fedora with an entourage.  Jesse waved and smiled when Kongo said, “Hey, Jesse!”

One of the best spots to watch people is at the TSA security checkpoints.  It’s truly amazing what pops out of those carry-on bags.

Recharging.  Kongo recharges for the next leg of his journey back to the “Best Coast.”  Since strong headwinds are expected this afternoon the flight will be almost 5 hours so he has to make sure everything is topped off.  Kongo’s favorite spots to recharge are at any of the dozen or so Delta Sky Rooms scattered across ATL.  This one on the upper level of the A Terminal near the TGI Friday’s restaurant is hardly ever crowded, has great snacks, friendly bar tenders, and lots of plugs.

Shopping.  Atlanta’s airport has lots of shopping outlets.  Besides the usual Brookstone there is Taxco Silver for when you need a “honey gift” at the last-minute, a Ferragamo Store (Kongo loves his Ferragamos), Duty Free, bookstores, wireless, Best Buy in a vending machine, and a Blackberry store in every terminal.  This came in handy today as Kongo’s Blackberry battery had completely died and refused to recharge.  Now all his email connections are up and running again!