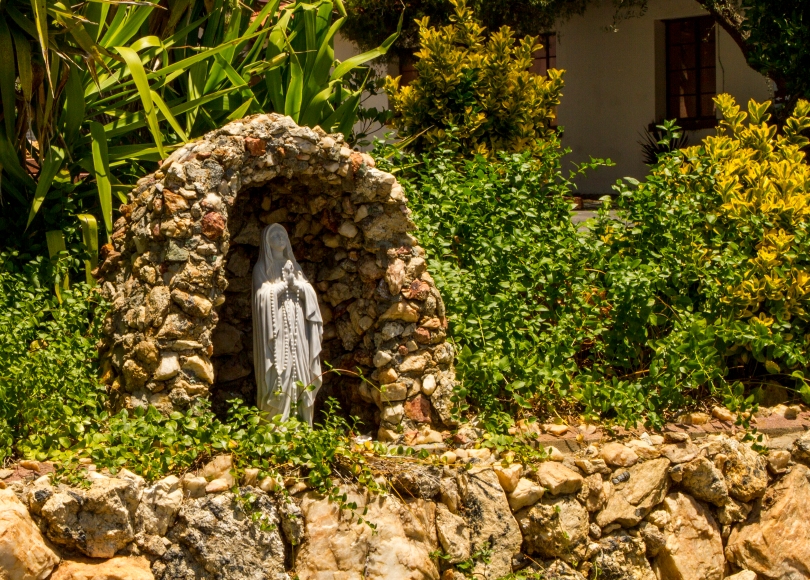 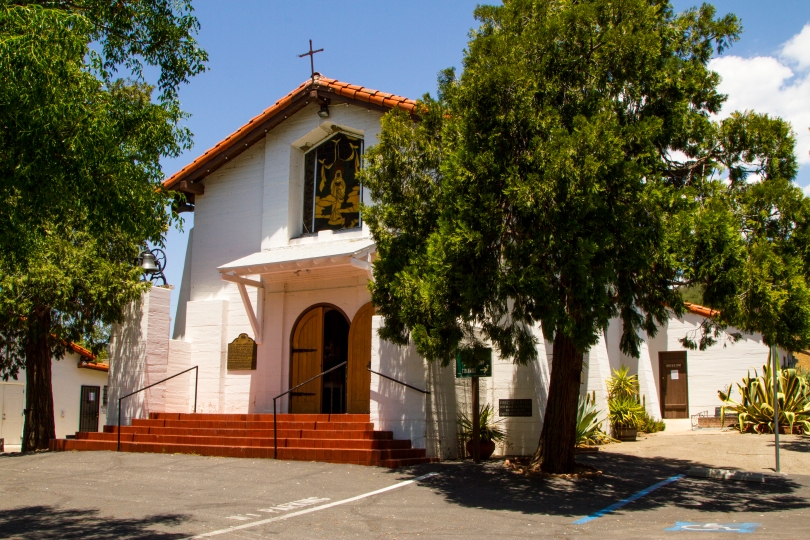 The tiny mission at Santa Ysabel (pronounced Isabel) was once an auxiliary mission (or Asistencia) to the first of the California missions, Mission San Diego de Alcalá.  It was founded in 1818 and served the California Indian tribes of the Luiseño and Diegueño peoples.  It is still active today.

Kongo passed the church last Sunday on the way to the Anza-Borrego desert but services were in progress so he returned later in the afternoon and found only the friendly parish priest who urged the monkey to vista the Museo (museum).  Of course the monkey would visit the museum which is a small one-room affair filled with pictures and artifacts of life at the mission.

Although small and unglamorous, the simple sanctuary exudes a feeling of peace and quiet commitment that is comforting and causes one to pause and consider life and its consequences.  As he often does when visiting old Catholic churches, Kongo lit a candle to remember old friends and family that have gone to a better place. 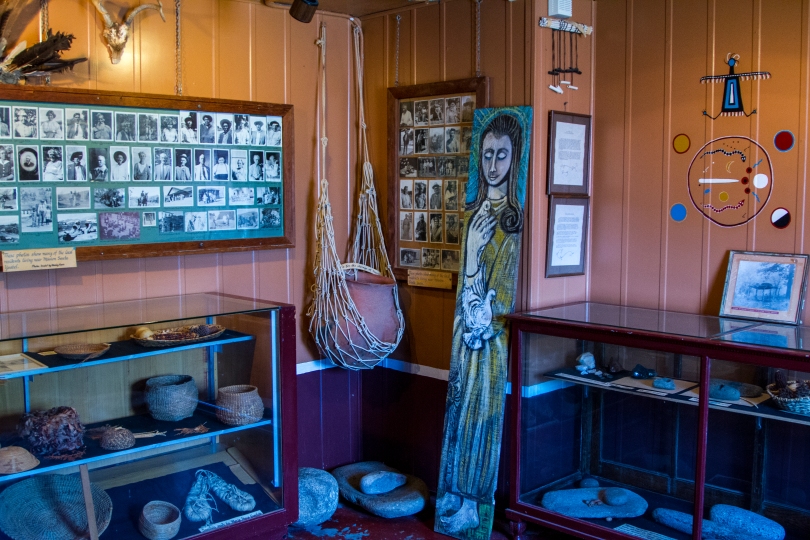 The sign on the museum door advises visitors to keep the door close to prevent snakes from entering.  The monkey is not a snake fan so he kept that door shut tight!

The original church had collapsed and was pretty much in disrepair by 1850.  It bounced along for several decades as an almost forgotten remnant of early California history until 1903 when Father Joseph Lapointe, a French-Canadian missionary, showed up to begin working with the locals.  He oversaw the construction of a new church in 1924 and remained here until his death in 1932.  He is buried on the mission grounds just outside the door to the museum, close to the mission he brought to life.

Kongo would have enjoyed meeting Father Lapointe.  Imagine the story behind this missionary who left Canada to come to this very remote, dusty, spot in Southern California to serve the local Indians and scattered Anglo settlers in the region.  The stories he could tell!

There’s a lingering mystery surrounding the Asistencia at Santa Ysabel involving the mission bells.  Way back in 1846 two bells were purchased in Mexico (of course it was all Mexico then but this would have been Baja Mexico) for six burro loads of barley and wheat.  These two bells were an integral part of mission life and were used to call the faithful to worship, mark major events, provide warnings, and provide an acoustic backdrop for instructing the new converts.  Even when the mission was in decline, the bells remained with the mission until they disappeared one summer night in 1926.  The bell clappers were discovered shortly after they disappeared but the bells themselves remain missing.  The mission remains hopeful that someday the missing bells will be returned to Santa Ysabel.

Santa Ysabel is about 50 miles from downtown San Diego.  The mission is on California Highway 79 near the Julian Pie Company and the intersection of Highway 78. 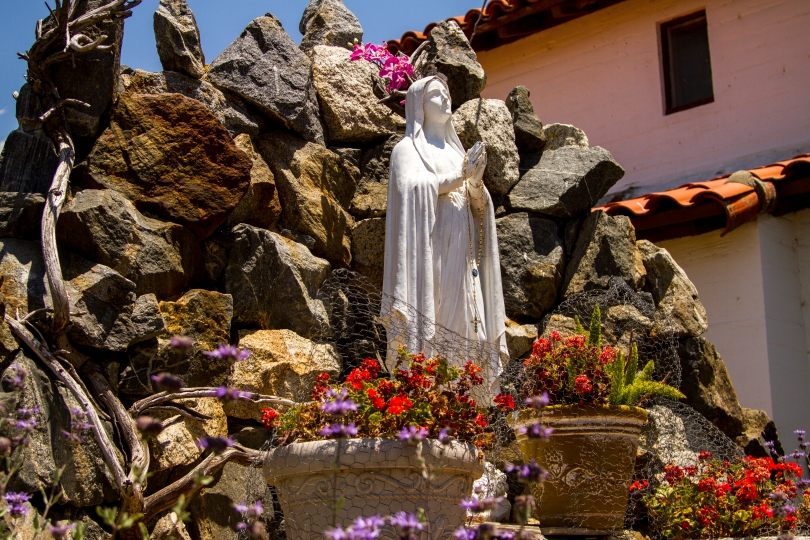 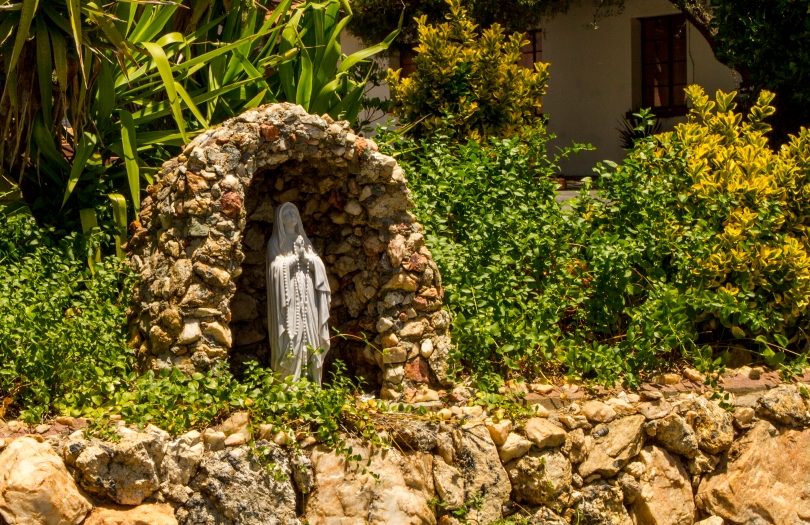