Kongo visited the “Bone Church” in Sedlec, Czech Repubulic (near Kutna Hora), a town dating from the 13th century located about two hours outside of Prague (depending on traffic, road construction, and tour guides).

In the 1200s an abbot returned from Jerusalem with a bag of dirt from the Holy Lands and sprinkled a handful on the graveyard at the small chapel of the Queen of All Saints outside the medieval silver mining town of Kutna Hora. This made the cemetery so popular that people from all over central Europe wanted to be buried there. This really was one of those “to die for” places at the top of everyone’s last resting place list. 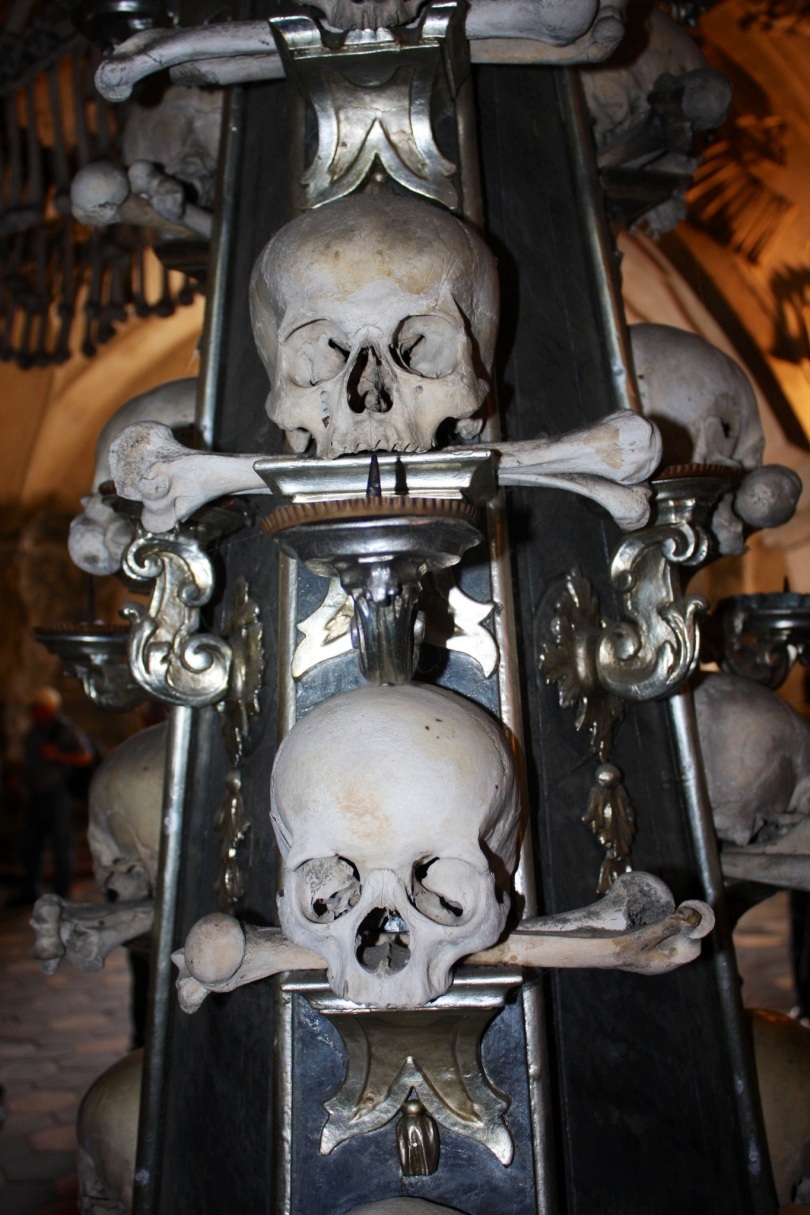 After hundreds of years of prime time burials they ran out of space in the graveyard. The solution of the day was to simply create an ossuary, a place where bones are stored. So they dug up about 40,000 former graveyard heavy weights and began storing their bones in the basement of the chapel. Somewhere along the line (according to Kutna Hora urban legend) blind monks began stacking the bones in geometric patterns. Well, one thing led to the next and before you know it they were making coats of arms, chandeliers, wall hangings, planters (at least it looked like a planter) and a host of other rather creepy things more suited (in this monkey’s mind) for a Halloween party.

The bones are now said to represent the impermanence of life and inescapable death. Hmmm. Kongo gets that part but is not sure of the connection between the realization that none of us are getting out of here alive to having monkey bones fashioned into chandeliers. Make no bones about it (couldn’t resist that), the small chapel will get your attention.

And, oh by the way, exit through the gift shop. We’re not making this up.