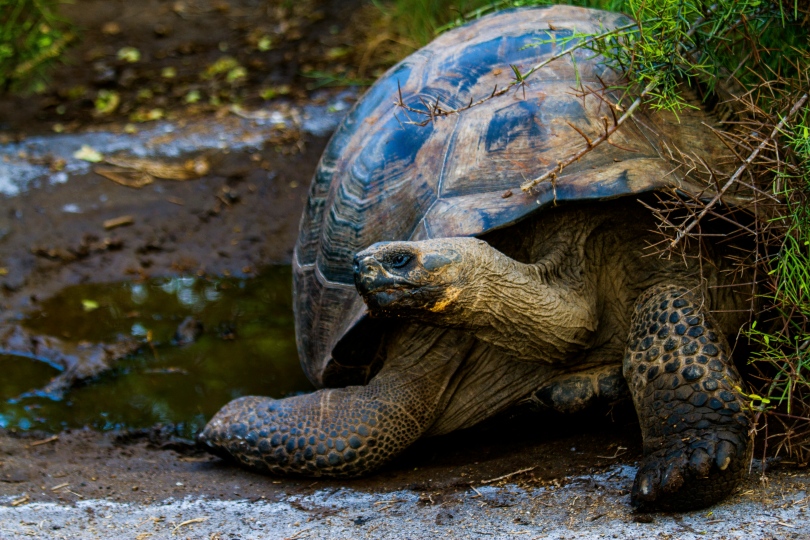 One of the most amazing animals Kongo saw on his recent trip to the Galapagos Islands was the legendary tortoise.  These huge turtles can weigh more than 850 pounds and reach more than 6 feet in length.  As you can imagine, they don’t do anything fast.  And that includes sex. 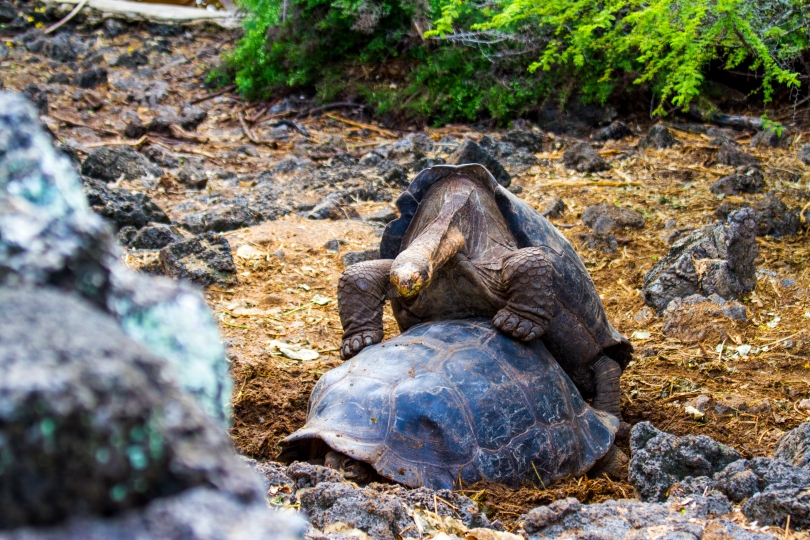 Watching these two tortoises mate was sort of like watching the grass grow or paint dry.  Once mounted the male bobs his head slowly up and down, pauses for 15 to 20 seconds,  grunts, then waits a minute or two and starts the process all over again.  Kongo has no idea how long foreplay might last but the culmination of the act was clearly going to take all day and the partner on the bottom seemed to be going to sleep, not surprising given the pace of the bedroom action.  No wonder some of the tortoise species are endangered.

One species became so endangered that the few remaining males actually forgot how to have sex. The just didn’t get it and it’s not like a trained turtle keeper can show them how to do it.  The solution to this problem was to go to the San Diego Zoo (Go San Diego!) and get a lusty male and ship him down to the Galapagos where he entered a sort of turtle heaven full of female tortoises starving for affection.  Fortunately, watching the San Diego Lothario spurred the other males into action and pretty soon it was turtle orgy time in the Galapagos.

Kongo imagines that somewhere in their turtle brain a spark went off, “Wow, NOW I remember what this is all about….Hey, Tanya, you’re looking pretty cool.  Nice shell,” and they were off to the races.  (This is a true story according to our naturalist guide, at least the part about the San Diego Zoo providing a tortoise sex therapist)

The process worked as evidenced by this little guy who had dozens and dozens of siblings crawling all over the Darwin Research Center at the little town of Puerto Ayora on Santa Cruz Island. 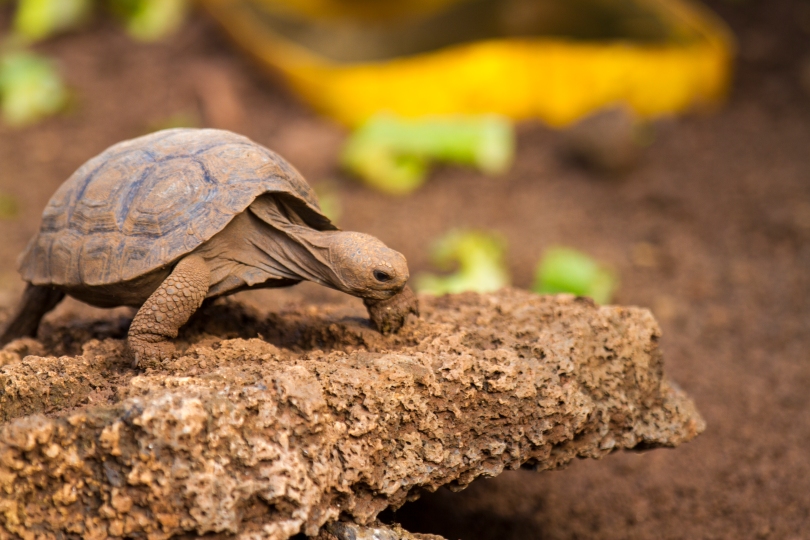 Interestingly, the sex of the turtle is not predetermined.  It is dependent upon the temperature range of the eggs in the clutch.  The female turtle digs a nest in the sandy soil near the coast and deposits about 16 eggs, then covers it up and seals up the hole leaving the sun to do the incubation.  Cooler temperatures at the bottom of the clutch tend to produce more males while warmer temperatures near the surface produce the females.  You’ve heard the expression, “hot-blooded female”, right?  Well, Kongo is pretty sure it doesn’t apply to tortoises since they’re basically cold-blooded but it could apply to to female turtle eggs.  (Kongo is not a naturalist and this is purely speculative on his part)

Now this caused the monkey to pause and think about the nuances of gender and sexuality.  What about those turtle eggs in the center of the clutch?  Which way do they swing?  Are there bisexual turtles?

Apparently so because after the oohs and ahhs of seeing the mating turtles above, the guide told us that they were actually two males.  Hmm.  The guide indicated that they were “practicing.”  Kongo supposes a little practice never hurt anybody but it sure was a conversation stopper.  At least for a little while but then it did spark much discussion in our group about sexual origin and what it all meant.

Now it might be physically impossible for a tortoise to manage a menage a trios but during the practice session another turtle watching the action lumbered over and got very up close and personal.  There was a lot of turtle staring going back and forth but Kongo had to leave before he knew the outcome of this potentially kinky encounter.

Turtles live exceedingly long lives.  In the wild they live well over 100 years and one in captivity is said to have lived 170 years.  They will be here long after we’re gone and the good news for turtles is that they’re sexually active the entire time.  Maybe that’s why they’re not in any real hurry when they decide to consummate the act.

In the end, despite their long lives, turtles pass on to Tortoise Heaven but leave their shells behind to remind us of their passing.